And now back to the states…

So to mix things up a bit we decided to head to the west coast for a bit before our long Alaskan summer began!

And what better place to spend a little time… Vegas Baby! Although “Vegas Baby” was a little less “whoo hoo”, and a lot more, “do you remember Vegas being like this?” It’s really kind of funny because The Strip is like an icon. But I think you finally get to an age where you crave the simpler times of Vegas. Give me a locals casino, some cheap bingo, and machines that are actually pennies!

I was so excited to hang with  Grammy, “Hey look there’s Vegas”, and my awesome friends! I had a great time in Vegas, once we got OFF the strip 🙂

Although there is something about the lights, the buildings, the neverending dings of the machines, I could totally see myself here! 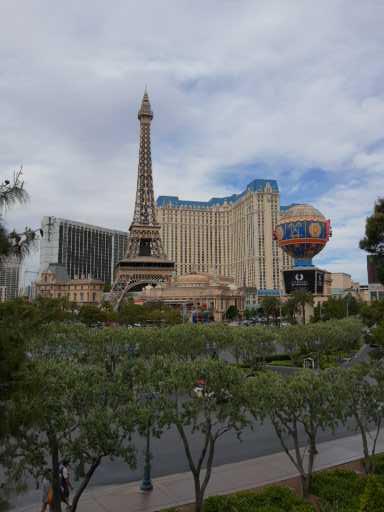 And surprisingly we’ve never been to the Hoover Dam, crazy right! Well, after saying goodbye to Grammy we picked up our hot Jeep and headed for the dam. It was actually pretty cool! And so was Liv’s favorite car! 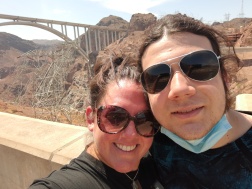 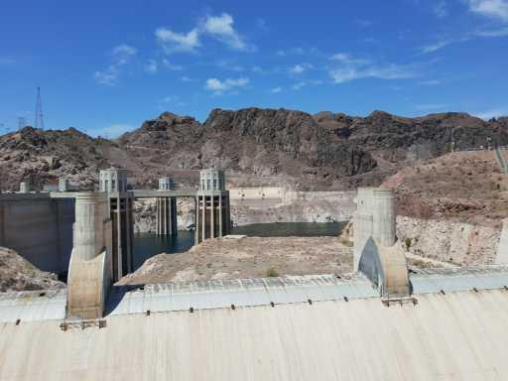 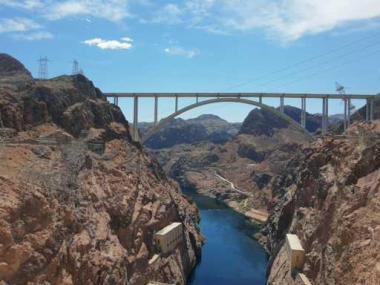 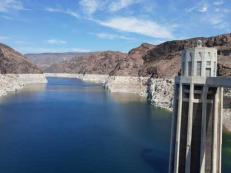 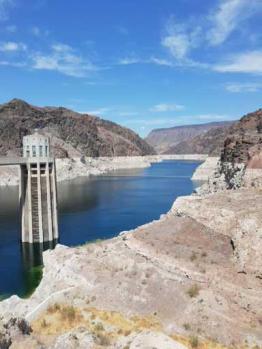 And Liv’s will probably kill me for putting these up, but hey, you gotta go sometime, and I think you’ll agree, these are pretty priceless.

I don’t even think they need an explanation, because hey it’s Vegas! 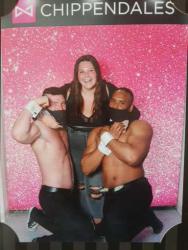 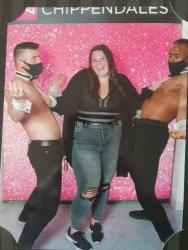 The kiddos watched their Santa videos and found out they both made the nice list. Ryder was a lot surprised haha. Cookies. Milk. Carrots. Just perfect !! 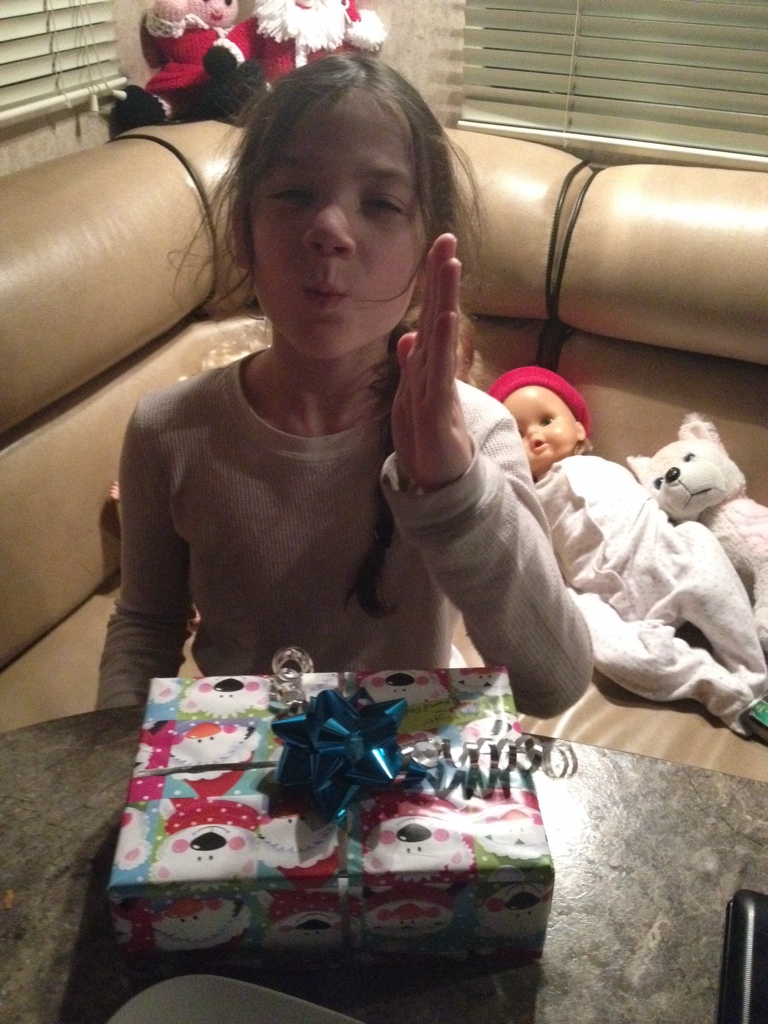 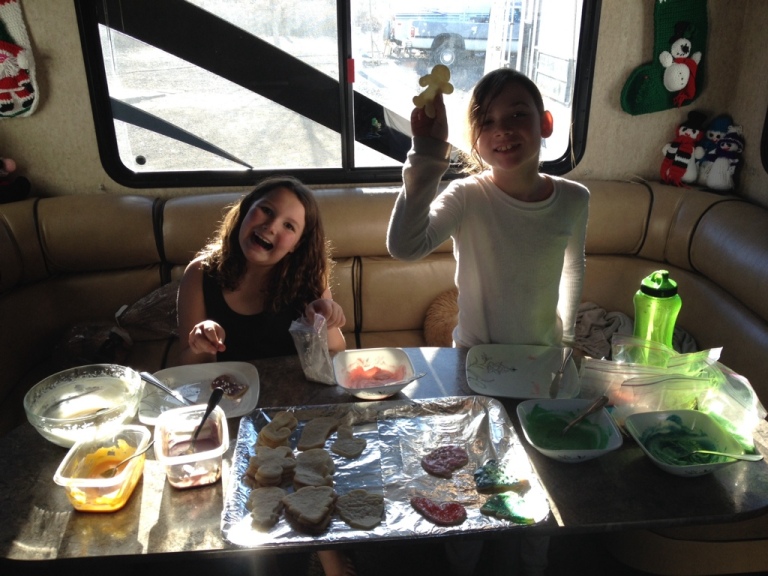 Come hungry Santa the kiddos have plenty to share 🙂

New park and a new year. Hubby is going to stay on with amazon for a while we we get the book off the ground. But being the wonderful hubby he is he assured me we can leave anytime. So here’s to Christmas and New Years in Fernley,NV. Merry Christmas 🙂

Doesn’t get any better than this. 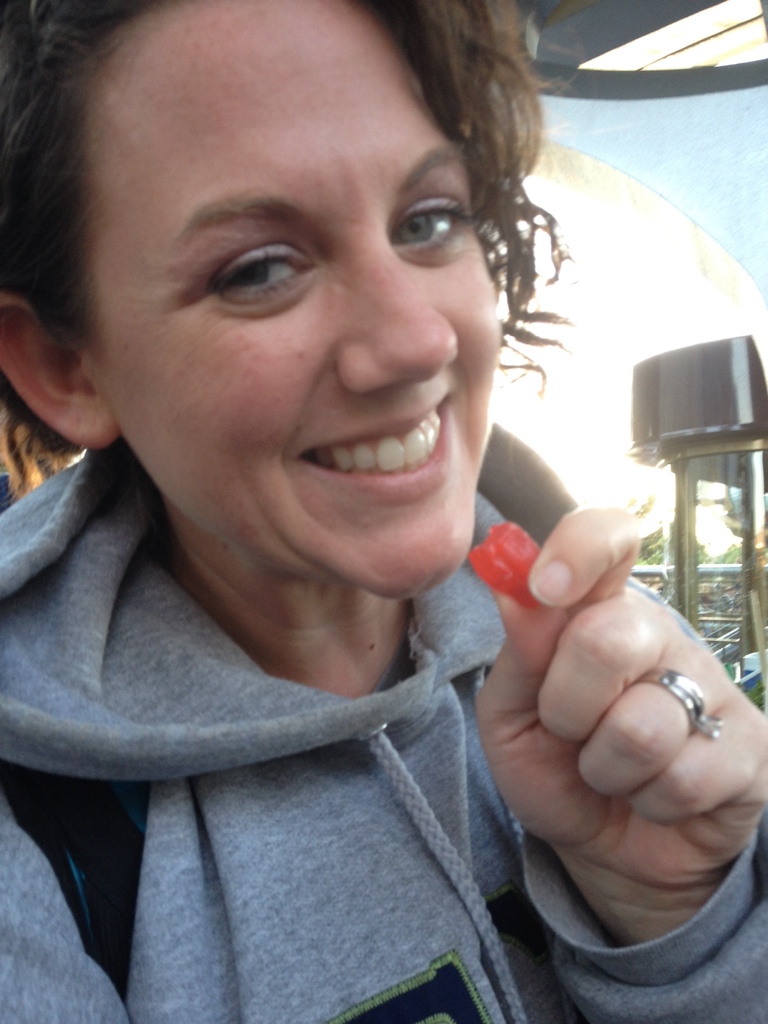 I had totally been craving them for weeks. And Hubbt kept telling me I had to wait until Dland. HaHa!!! 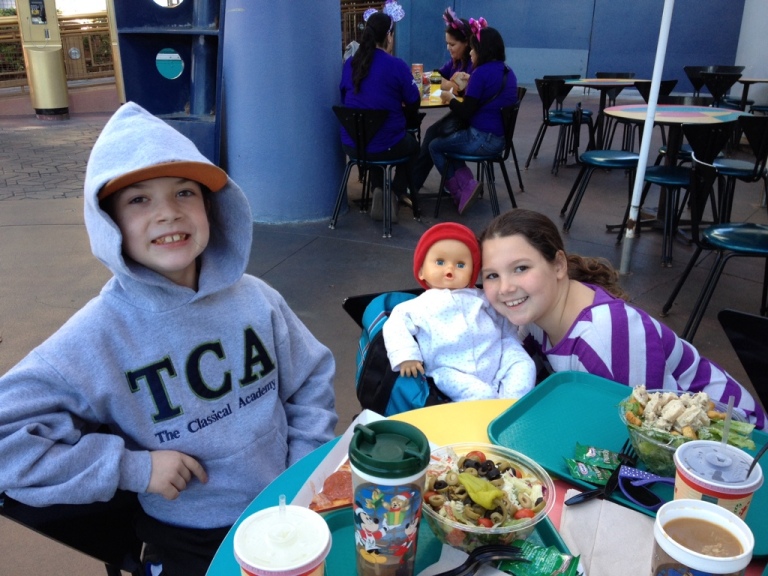 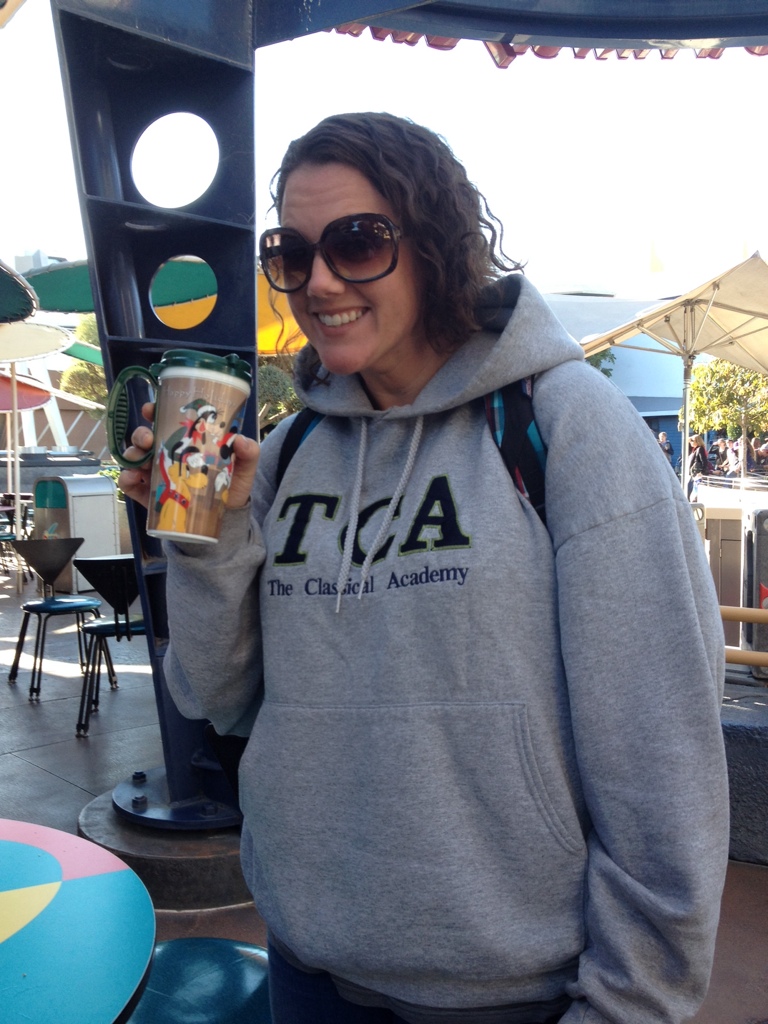 Christmas cup. That totally made my day 🙂

Dland will rejuvenate anybody 🙂 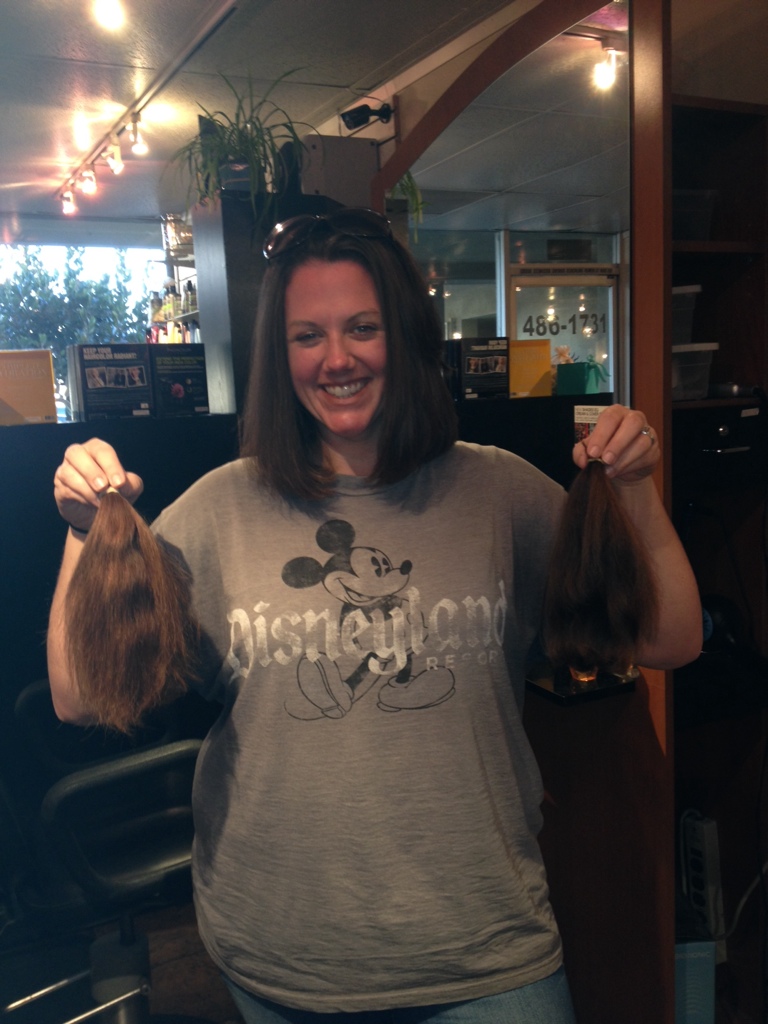 I decided to chop off my hair. Man it felt good. Kiddos got to play with friends at school so it worked out perfectly. 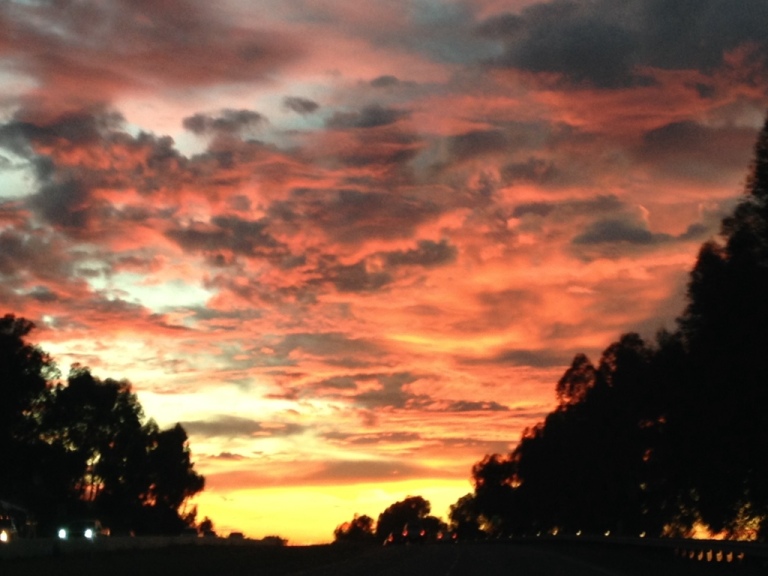 So warm so pretty 🙂

It’s going to take several pics to get caught up but here we go. We were in the Reno snow and cold and felt like we needed to thaw out a bit sooooo within an hours time the kiddos and I had two backpacks and a trader joes bag packed in a rental car. We drove to dad to say goodbye and pick up a few things then we hit the road. First stop was the Donner Memorial. We drove through here last year in October but I was on crutches so I didn’t actually get to see it up close. Soooo cool !!! Next stop was Sacramento. It was dark but we drove past the Capitol. After several hours on the road we stopped at a little motel 6 just outside Bakersfield and got a good nights sleep. Next stop….

Is something truly majestic about watching the snow fall. So calm and unrestrained. 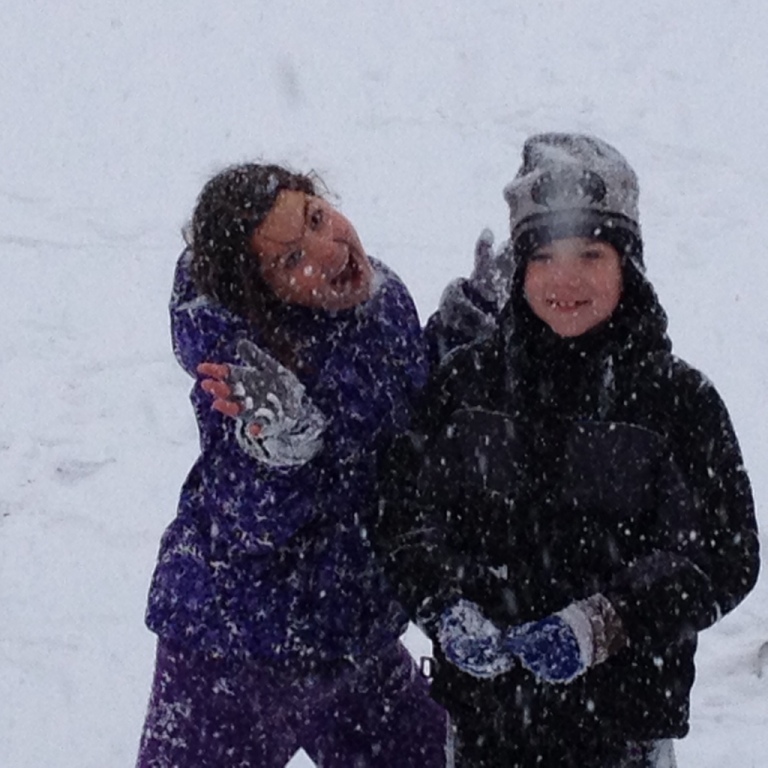 I love Lucy with my two snuggle bugs 🙂

So we could be leaving as early as the 19th!! Wow did that time go by fast. Hubby has a meeting tomorrow and we may extend our time here, but at least we are narrowing down our options. We had a fun conversation with the kiddos a couple of days ago, basically we asked them if you could pick anywhere to spend Christmas where would it be, so cool that it’s a legit question. I figured Olivia would say San Diego, and she did, well after she chose Antarctica, it is summer down there right?? Ryder surprised me though, he said DC, which is kind of where we spent Christmas last year. I really want to go back too. But, not sure the weather will hold for us to get there. So west it is….Not sure how far west, but seeing as how we are this close to Dland, it would be pretty heard to pass up. Not to mention all of our amazing friends!!!! Sooooo, as usual time will tell.

Keeping our thankful tree going we all worked on our leaves before we sat down to eat thanksgiving dinner. Always nice to have a new friend to share our time with 🙂

Ok so we finally figured it out and doing what all the other cool kids are doing. Making magic loom bracelets of course. I must say taking directions from 13 year olds on you tube last night was an experience I don’t wish to repeat haha but I’m wondering though if the jersey mom on my computer now is going to be any better haha yeah magical loom !!!!!

Music is the absolute best !!!! 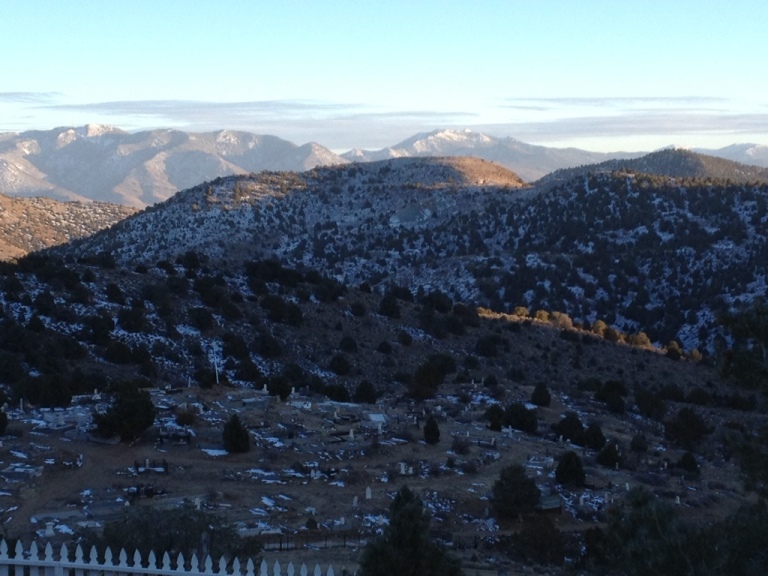 What a fun day. Hot chocolate and an old west mining museum followed up by a trip to the cemetery. We needed the day with a buffet at Bourbon Square Casino. So yummy !!

Really beautiful century and on 30 acres.

Mostly miners, shop owners and the people who made other people rich are buried here.

1867 was a good year but even after their hay day the mines were still a huge part of their lives. This cracks me up. 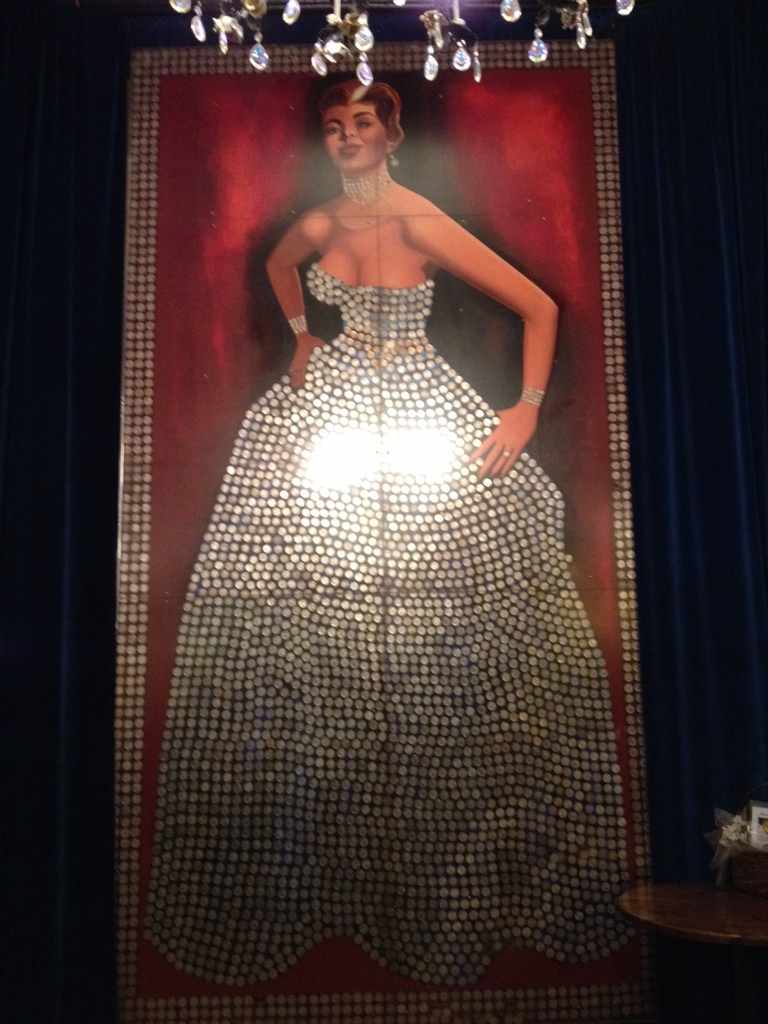 And there she is. She can be found at the silver queen and she is made from silver dollars, gold coins and silver dimes. About 210 pounds of silver. Most which came right from “The Comstock Lode” right in Virginia city and minted in Carson city. Can you imagine how much she’s worth now ?? Amazing 🙂

Dad and nana browsed the saloon while the kiddos and I danced to our new favorite song 🙂 but man it was chilly !!! 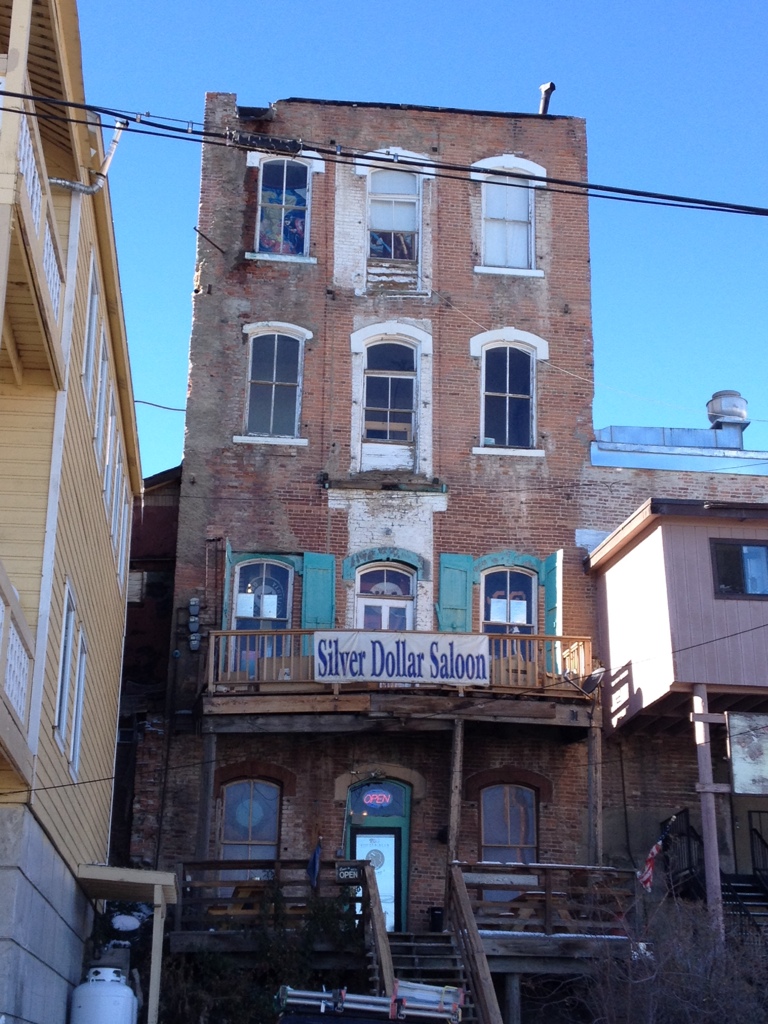 In our attempt to find the silver dollar lady we entered the saloon pictured here. It was less than kid friendly but will be a fun story to tell 🙂 haha

There ware several of these structures at the lookout but all the signs had been damaged so we didn’t know what they were until we went to the museum in town. But now we know try are assay furnaces, used to melt down the rocks leaving behind metal. Or something like that. About 5 billion dollars in today’s money came from Virginia city during its mining days.

Turns out Reno has some bright spots. You just need to climb a couple thousand feet and have snow. It was really quite pretty up here.

See. There’s the hotel waaaaaay in the background. Still makes me laugh 🙂 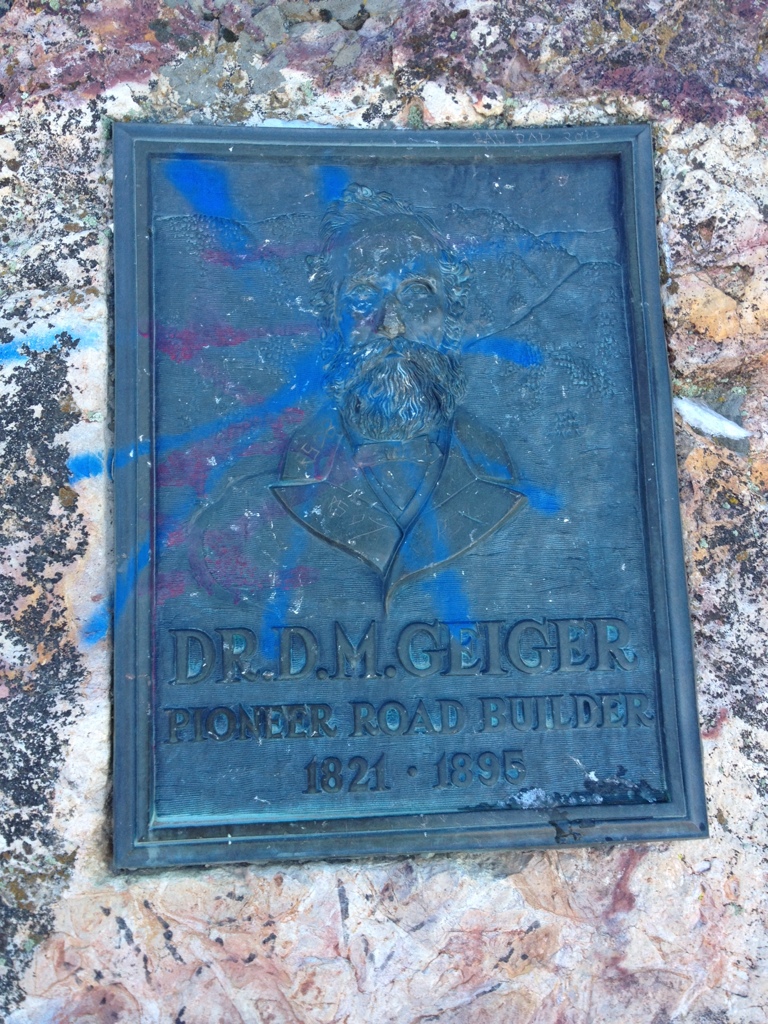 Stopped at a look out on our way to Virginia city yesterday. Love pioneer history.

To wake up this morning and know that one book is totally done. I read that book over and over again. I say it’s done. But knowing me I’ll read through it at least once more just to make sure. However, now the fun can begin on the fourth in the series !!! Its going to be a fun one !!!

You still totally suck!!!! However, I am apparently married to the best, smartest, most fantastic man in the world and he fixed the issue in about 2 clicks…ahhh thank you hubby!!!!!!!!!!!!!!!!!!!!!! Sitting here since 330 and he waltzes out and poof like magic. Hooray, last steps to publishing 🙂

You are making my life miserable. Your margins blow and so do your spacing options. I kind of despise you right now. I’m strongly considering breaking it off with you. I’ve taken a few deep breaths and I will try and resume our relationship. But you had better redeem yourself 🙂

Pic from our living room window 🙂 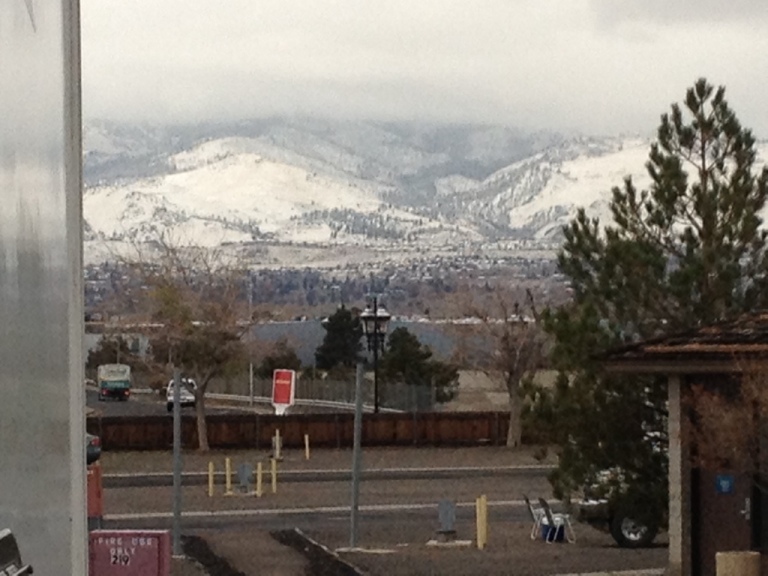 Totally snowing outside. Love it 🙂

I’ve got a book to revise, a book that only needs 1929 words to be wrapped up, and another I’m trying to format and the girls tell me I’m in the way of their dance party haha so I’m literally standing in the corner of the kids room 🙂 at least they’re having fun. But my plan to finish my book today is slowly fading. Still though I’m way too excited to be worried 🙂 writing rocks !!!! 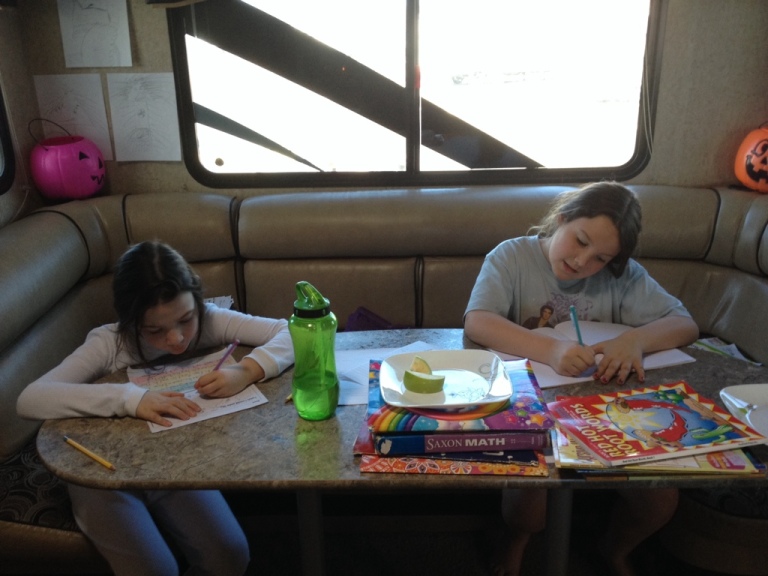 Hard at work. I love them when they look like this 🙂

Yesterday was hubby’s birthday and he’s officially 39. Had friends over for happy hour and lots of fun !! Hooray for dad!!!

Grammy left late last night, and everyone is beyond exhausted. We all had such a great time 🙂 kiddos are working towards school this morning. And back to our routine. What a great 9th bday. Thanks for all the good wishes and thoughts. Olivia enjoyed every minute of her special week.